By Tammy of Musing of a Working Mom

Five years ago, when I was pregnant with Pumpkin and the ink on my master’s degree in environmental journalism was still wet, I tried to convince my husband we should use cloth diapers. He was not in favor and, because he would be staying home with her two days a week, I didn’t push it.

Two years later and pregnant with Peanut, I still wanted to give them a try. My reasons for using cloth had to do with the environment (billions of diapers go to the landfill each year) and baby’s health (cloth can be better for skin because they don’t have the same chemicals for absorbency, perfumes or dyes). But the way I convinced my husband to at least learn about it was the cost savings.

Peanut in her cloth diapers.
We went to a class at Zoolikins, a local natural parenting store, where we learned a bit more about the different kinds of diapers, how they work, how to wash them, etc. It all seemed doable. And while there was an investment up front, it would definitely save us money over the long run, considering we were spending at least $50 a month on diapers for Pumpkin.

Peanut came home from the hospital in disposables and, after coming out of the fog of the first few days, I was ready to make the switch. But I couldn’t remember anything with my mommy brain. I went back to the store for a refresher on cleaning the diapers and how to put them on. (In future weeks and months, I went back a couple of other times for questions about fit and found the staff at the store to be such a great resource.)

The Bumkins Snap-In-One cloth diapers looked really big on my tiny little Peanut, especially at first, but it wasn’t really a big deal. As we grew used to seeing the cloth, and she got bigger, we didn’t notice anymore. Plus, the snaps on the diapers allowed us to adjust as she grew.

The laundry routine was new for us, but we got into a habit of washing them every other night and hanging them to dry before we went to bed so they were ready to go in the morning. In the summer, especially, this was easy. In the winter, we’d sometimes need to put them in the dryer for a few minutes in the morning before packing the bag for daycare.

We kept a wet bag in her bag for school for dirty diapers, plus one in the diaper bag in my car, and a large one in her bedroom. (Every day care we toured was on board with cloth, so that also helped make the decision easy.) Once Peanut started eating solids, we put a cloth diaper sprayer in the girls’ bathroom and added a wet bag there so we wouldn’t have to transport the diapers after rinsing them. The laundry routine stayed the same.

New niece in her new cloth diaper.
For a few reasons, including Peanut being close to potty training, we stopped using cloth not long before her second birthday. I’m glad we were able to keep it up that long, and the timing worked out nicely: my sister had her first baby in February and we were able to share many of our diapers that were in good condition.

She also requested that I help teach her how to use them when I came to visit about two weeks after the baby was born. In addition to some hand-me-downs, I brought a few new items that were either favorites of mine or things I wanted but never bought myself: a soft, bamboo nursing cover that doubled as a scarf, a couple new diapers, cloth wipes (we keep these in the changing table and in the kitchen for cleaning faces and hands after meals), bandana bibs for drool and spit up, and washable nursing pads.

I know cloth diapering seems intimidating, but the experience for us was a good one. The only thing I would change would be to have started with Pumpkin. Changing up a routine while also adding a second baby is a little more difficult than it probably would have been if we’d done it from the beginning! I didn’t try to convince my sister, but I’m glad she chose the cloth route, too. 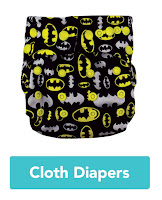 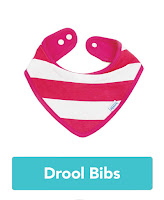 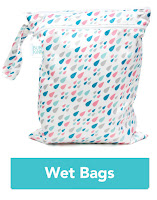 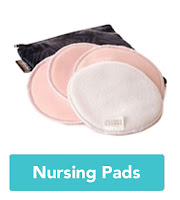 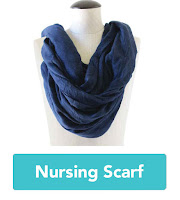 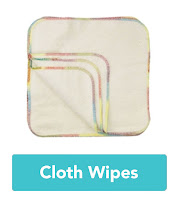 Easy 10-Minute Meals to Turn to in a Pinch